Create an Account - Increase your productivity, customize your experience, and engage in information you care about.

Overview
The Electric Utility Department is divided into two divisions: Production and Distribution. The stated intent of this Department is to provide electricity to customers and to pay for the costs of providing the service through user charges.

Where Your Electricity Comes From
The City's electricity is purchased or generated and distributed over approximately 55 miles of power lines. The power is most often purchased at wholesale rates from Westar and from a hydro-electric contract through the Kansas Municipal Energy Association. 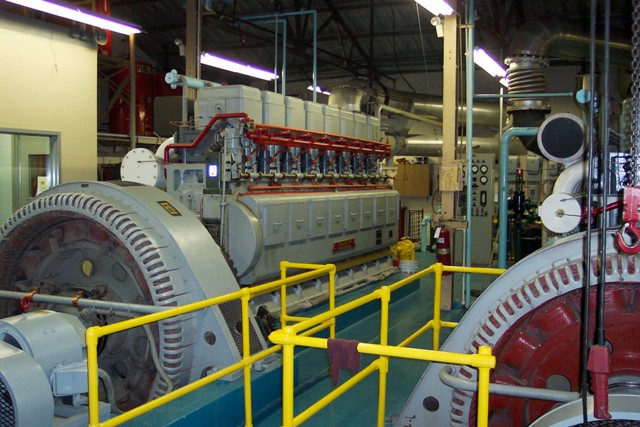 During peak loads of the summer season, the City of Osage City Power Plant generators produce additional energy for the residents of the City. This allows for the lowest rates for power possible. Without the capability to, the price of power in Osage City would be much higher.

John Rice is the Power Plant Superintendent. Three full-time employees including a power plant superintendent and two operators are employed by the city. Their responsibilities are to: The plant is capable of producing 9,600 kilowatts produced on six dual-fuel (natural gas or diesel) engines and three CAT-powered generators.